Want to get in touch ? Fill out the form with your name & e-mail address.

Want to get in touch ? Fill out the form with your name & e-mail address. 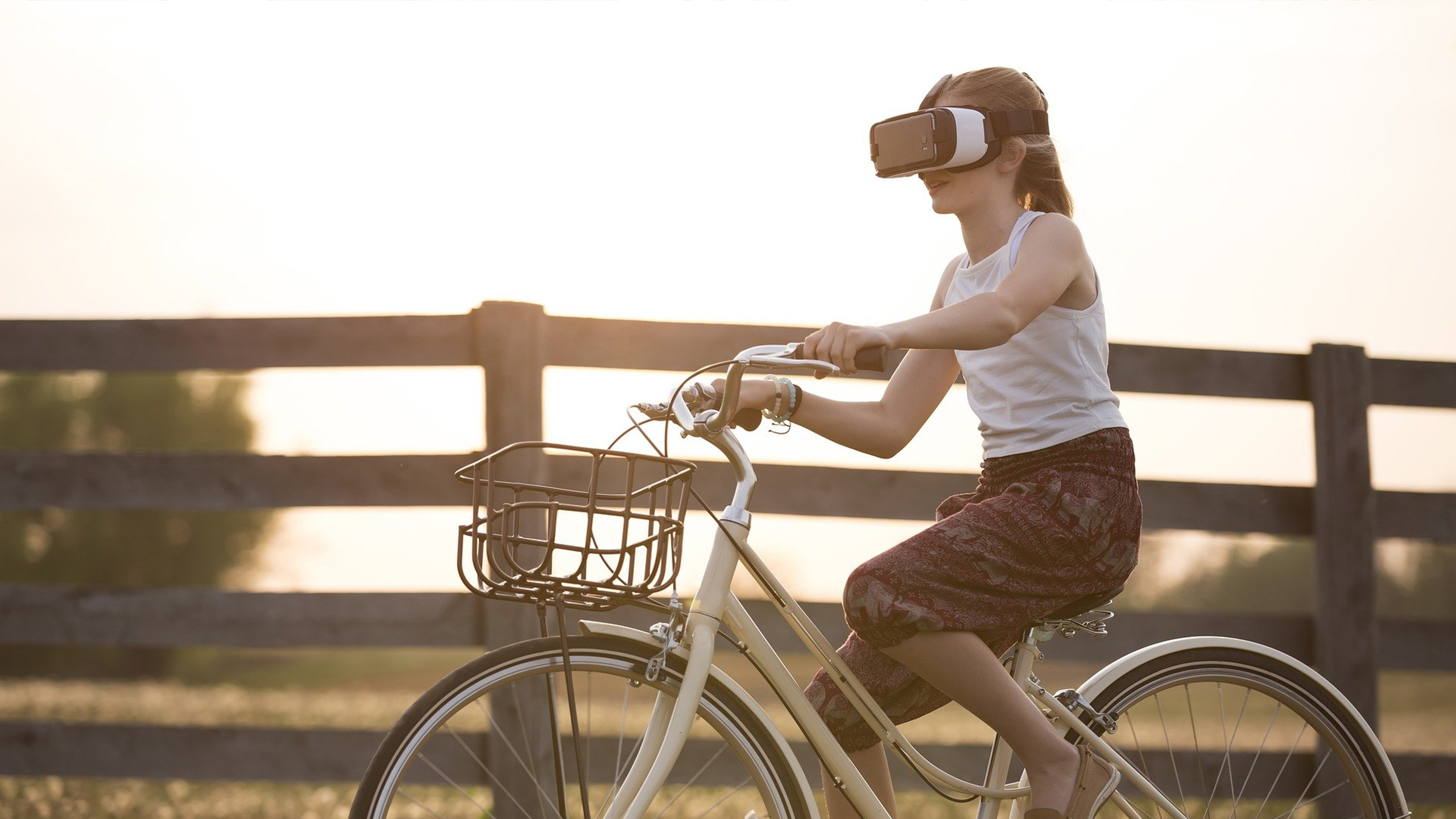 XR has moved beyond novelty: more than half of businesses are developing an XR strategy, and 79% believe virtual and augmented reality will have a widespread, cross-industry impact over the next three years. But has it, really? Moved beyond novelty, I mean. And how realistic are those numbers? Because a couple of hours later you bump into an article that explains to you in detail why VR is absolutely dead. It seems like the majority of press reports concerning VR is part of a pointless quarrel about whether virtual reality is going to change the world or plummet like a shot duck.

I reckoned that there was only one way to get real information, so in 2018, we started a company that built custom VR experiences and environments. And after a small event tour with our first project, we organized demos to show people what we had done, talk to them about VR and let them experience other applications. Information-wise, we struck gold there.

With this article, I want to share some thoughts that took shape during these demos. Some of them are big issues, others are details or more philosophical brainchildren, but they're all based on real (pun definitely intended) virtual reality situations and challenges.

The Age of Awe
Wonderment and doubt go hand in hand. These days are The Age of Awe for virtual reality, and one of the best things about giving VR demos is the look on people's faces when they take off the head-mounted display. It's a look that translates a feeling of amazement and admiration, caused by something beautiful, remarkable, and unfamiliar. But then there's always this sense of doubt, especially with professionals, about how to implement virtual reality in their business or organization. Virtual reality is still so far out of the normal range of things that it's very hard to see what value it can bring, so there lies a big challenge in bringing it closer to our daily lives.

People First
I know, it's so overused that it has become a banality, but we should put people first and technology second. User experiences have long been construed by technology and not by the people who use it. Virtual reality gives us the opportunity to not make that same mistake again. We need to be thoughtful about the potential of VR/AR/MR. In their various forms, they are definitely the most amazing tech I've ever seen, but we shouldn't confuse coolness with need.

Start Now
We should start talking and thinking about real applications right now because profitable uses of virtual reality will increase the chances of a speedy adoption. It's true that the technology isn't quite there yet, and in 10 years we'll probably be laughing loudly while looking at pictures of our younger self sporting a clunky headset, but our imagination is strong and lean enough to jump over the technical limitations of today's VR technology. Let's start prototyping and experimenting. Let's test and succeed or fail. Let's make it a part of the conversation. I've talked to a lot of people who were VR virgins just minutes before I took the goggles off their heads after their first experience, and quite a few of them immediately saw the potential, even proposing possible uses (“We should be able to go shopping in there!”). A lot of others were at least amazed and receptive, but probably never gave it a second thought because it was still too far removed from their personal lives.

Share Expertise
Shared expertise can lead to real and useful applications. We have to challenge brands and companies in every industry and invite them to think with us about how to implement VR in their business. The only way to avoid operating in a vacuum and find adequate solutions is knowing what the real problems are, so asking the people who face them seems logical.

Intuitiveness
Intuitiveness should be high on the list when you're developing for virtual reality. One of the experiences I've shown numerous times is Brinx Software's MasterpieceVR, a quite specialized application for the HTC Vive to sculpt in virtual reality. Within five minutes, nine out of ten people are drawings 3D castles, goblins or flowers in their virtual workspace, working the control panel as if it's an extension of their hand. But then there's Google Earth, for instance, a platform we all know and many of us use daily. The navigation is so needlessly complicated that I took it out of the demo after a couple of days. A great VR experience doesn't need too much explanation. Explain the buttons on the controllers, pass the goggles and run the program.

Make it Interactive
Most people want to be entertained constantly. Once they know they're in a virtual world, they start touching and interacting with everything within their reach. Can I do this? Can I grab this? How? Once you know interactivity is on the table, you want to interact. Whenever there's a phase in which you just have to watch, you get easily bored. It's like sitting in a rollercoaster that doesn't move.

Cross-Industry Interest
We might not be sure yet if the impact is going to be cross-industry, but the interest definitely is. The people that visited the demos work for hospitals, theaters, marketing and advertising agencies, schools… or they're artists, consultants, writers, students, journalists… The fascination is definitely there. The idea that there is more than what we call reality stimulates the brains of people in all walks of life.

Differences
Although both technologies look similar and are often developed with the same software, there's a big difference between virtual and augmented reality. VR, for instance, demands a much higher level of trust than AR. AR adds layers to your reality, VR takes that same reality away. Demis Holvoet, a portfolio manager at Cronos Interactive and longtime XR enthusiast, recently shared an interesting insight: what if AR and VR become the two ends of a slider, so you can choose between just receiving unobtrusive and subtle e-mail notifications in the corner of your eye or go for full immersion. This would mean that we have total control over both realities and take away the objections of people that don't like to be totally shut off from reality.

Evolution
In my opinion, developers and programmers are the next steps in the evolution of mankind. We can all work with computers now — my father even keeps a database of every bird he's ever seen — but these girls and boys really talk to their machines. I've been around creative people my entire professional career, but I've never met people that connected that creativity with very rational elements like coding and math in those ways. So I'm constantly amazed and grateful that I get to work with such smart and inventive people.

Safety
Safety, security, and trust are all matters that have to be addressed with caution. People really surrender themselves to the virtual reality they step into. They have to rely on the eyes and decisiveness of others to know what's going on in the real reality — of which they're still very much part. Not everybody has the same feeling about that. How can we make sure that the environment in which VR is experienced takes away those barriers? And when virtual reality evolves and becomes a kind of parallel universe, will we need regulations like laws and charters? A friend of mine — admittedly, a scriptwriter, the kind of people who are always looking for conflict — came up with a dozen malicious uses of VR in less than five minutes. And although some were more likely to happen than others, it's definitely something we have to take into account.

Education
Promoting the use of VR in education by providing useful and thought-provoking applications might be able to speed up the mass adoption of virtual reality. The first studies on the impact of virtual reality on learning are done, and early returns are promising: research now suggests that students absorb more information and can better synthesize and apply what they have learned after participating in virtual reality exercises. And as the cost of VR headsets falls, the expense of frequent virtual field trips may soon be lower than the cost of even a single field trip or guest speaker. It also reflects the potential of virtual reality to provide students with the sort of learning opportunities once only available to their more affluent peers.

So, does VR has to become some kind of digital twin of “our” reality or a travel story of our imagination? Do we have to regulate this digital Wild West or let it proliferate and find its own destiny? Is it mainly for business or for pleasure? Everything is possible in virtual reality, there are no laws of physics we can't defy, no worlds we can't build and no borders we can't cross. To paraphrase one of my favorite directors, Stanley Kubrick: “if it can be thought, or written, it can be built in VR”. But too many options can paralyze the creative mind. So, what should we focus on?